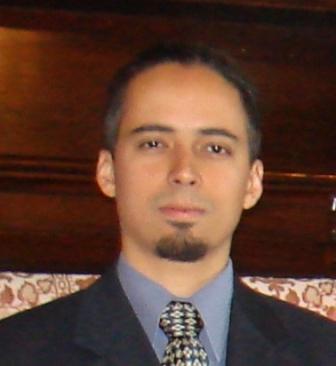 Coordinator of the working group of OLACT, he is also Director of operations in the World Centre of Excellence of Destinations (CED). In CED he was responsible of coordinating and contributing to the creation of the System of Measures for Excellence in Destinations SMED, successfully applied in Europe, Asia, America and the Middle East.

With more than 15 years of experience in the tourism sector, Dr. Castañeda has been Director of the Mexican Tourism Board (CPTM) in Toronto and Montreal, Canada and Administrator in the CPTM in Paris, France. He has been Deputy Director of Macroeconomic Analysis in the Direction of National Accounts, Socioeconomic Studies and Prices in the INEGI in Mexico as well as analyst of socioeconomic project evaluation in Banobras, México.

César Castañeda holds a PhD and a Master degree, with honors in Economic History from the École de Hautes Etudes en Sciences Sociales (EHESS) in Paris, France. He graduated in Economics in the Instituto Tecnológico Autónomo de México (ITAM) in Mexico City. He obtained Diploma in Promotion methods for Host Cities and Congress and Conventions work from the European Federation of Conference Towns (EFCT) in Istanbul, Turkey. Dr. Castañeda is fluent in Spanish, French, English, Italian, Portuguese and has good notions of German.

Archaeologist, specialist in tourism development, marketing, promotion and sales in Central and South America, Mrs. González, has studies in Governance from the Universidad San Martin in Lima, Peru; Ethnology, in the University of Bonn, Germany; Tourism and Planning, in Fachhochschule, Munich, Germany; Anthropology and Archaeology in the National University of Trujillo, Peru; and a Diploma in History of Art from the Dante Alighieri Institute, University of Rome, Italy.

With 25 years experience, 12 with the public sector and 13 in private industry, Mrs. González has been General Director of PromPerú in Lima, Peru. She has also been consultant for UNESCO in Paraguay working in the tourism development plan 2000-2010 for that country. Marketing specialist in the European Commission for Peru-France relationships, she worked as a technical specialist for the Corporación Colombiana de Turismo in Bogotá and Cartagena, Colombia. She represented Peru in the European market for almost 10 years as director of FOPTUR (Peruvian Tourist Office) in Germany, France, Austria, Belgium, Holland, Scandinavia and Hungary. As an archeologist she has worked for the French research organization ORSTOM in Ouagadougou, Burkina Faso, Romisches Germanisches Museum, Germany, Volkerkunde Museum in Hamburg, Germany, Trujillo National Culture Institute in Trujillo, Peru and Trujillo Tours in Peru. She also runs the tour-operator South American Destination.

Mrs González is fluent in Spanish, German, French, English and Italian. She has published works about tourism and archeology including “From Campesinos to Tour Operators” The UNESCO Courier. “Critical Analysis of an Eye-Witnesses of The Conquest According to 16th Century Documents” and “Hans Heinrich Bruning,” Hamburg and Peru, Humboldt Magazine, Munich and “Hans Heinrich Bruning and the Lambayaeque” Bulletin Lima museum. Lima, Peru.

Mr Angulo is in charge of the institutional relationship with governments, private firms and international organizations. He graduated in Management of Touristic Companies, in the Colima Institute of Technology in 1989, where he specialized in Touristic Planning and Promotion.

In the private sector, he collaborated as the Director of the Association of Hotels and Touristic Companies of Manzanillo, and in such position he promoted the creation of the “Fondo Mixto para la Promoción Turistica de Manzanillo”; has been Director of the Western Zone of Aeromar, being responsible of the operation of such airline in over 7 states. He has participated in the ground and aerial Transportation sector as Head Manager, Regional Manager and Commercial Director of companies such as the French based Dynamic-Courtex, and the Mexican firms ALMEX, LD Transportes being an important promoter in the development of them by starting operations with the United States and the East, majorly in Japan, Korea, China and Singapore. His experience in the aerial industry allowed him to develop the markets of Central and South America, as well as the Canadian market.

Authored and published in December 1991 the book “La Administración Estatal de Gobierno 1985 – 1991”, that had a first run of 10,000 copies and was published by the “Editorial Gobierno del Estado de Colima”.

Before joining OLACT, Tommy Byrne served as the liaison officer of the World Centre of Excellence for Destinations-CED to the World Tourism Organization-UNWTO (Madrid, Spain 2007-2009) and as a collaborator to the UNWTO Regional Representation for the Middle East (Madrid, Spain 2006 – 2007).  He was as representative of Peace Brigades International-PBI (Geneva, Bern and Fribourg 2004-2005) and research assistant at the Canadian Institute of International Affairs- CIIA now Canadian International Council-CIC (Toronto, Canada 2002-2003).

Dr. Morales is a planning, financing and project monitoring specialist with a keen interest in sustainable development. He worked as financing coordinator in the Finance Alliance for Sustainable Trade (FAST), organization based in Canada. In that position he has being in charge of several projects involving SME´s access to financing and promotion of financing tools in Latin America. He also worked as Deputy Director Market research in BBVA Bancomer where he was responsible of the evaluation and follow up of the bank´s commercial development in the housing sector. He also collaborated in numerous public urban development projects throughout his career.

Dr. Morales has a BA in Civil Engineering, Masters in Engineering and a PhD in Urbanism, all degrees obtained in the Universidad Nacional Autónoma de México, UNAM.

Mrs Achell Santoyo has a degree in International Relations, from the National Autonomous University of Mexico (UNAM). Her experience concentrates in social projects with the youth and first nations. She also has experience in cultural heritage management. She was financial management and marketing director in the National Association of Mexican World Heritage Cities. She also was responsible of the institutional liaison in the Pro-Zona Mazahua Foundation, being responsible of linking and motivating various sectors (Academic, Private firms, Governmental, International) to foster sustainable development projects. Since then she took over the executive coordination to reinforce the organization and promote a National development strategy for the new Pro México Indígena Foundation.

Mrs Santoyo has postgraduate studies in Civil Organizations Strengthening from the Mora Institute; in Cultural Heritage Visions, from the Iberoamerican University (UIA) and the National Institute of Anthropology and History (INAH); in Private Assistance Institutions Administration from the Anáhuac University; Development of Agro business also from Anáhuac University, and finally a diploma in International Agenda and External Policy from the Ministry of Foreign Affairs and the Matías Romero Institute. She collaborated in the series of the Mexico City Youth, called Policies Programs Challenges and Perspectives, published by the Mexico City Government.

Born in Colombia Ms. Ronderos-Harrier is an expert in tourism development and capacity building, with an extensive background in planning, marketing and entrepreneurship.

As a tourism planner, Cecilia has carried out a number of international projects including: conducting tourism development feasibility studies and writing strategic marketing plans commissioned by various private businesses and government agencies internationally. Ronderos-Harrier worked on eco-tourism development and capacity building in the South Pacific Islands, where she worked with the Papua New Guinea Tourism Promotion Authority. She conducted a number of eco-tourism feasibility studies and traveled to remote villages to build community capacity; she facilitated workshops on the principles of sustainable tourism to service providers and hotel owners. Her international experience in tourism development and capacity building has also taken Cecilia to Mexico and Colombia where she has provided advice to small and medium tourism managers and owners.

Ronderos-Harrier innate entrepreneurial mind has been the driving force for Cecilia to own and operate her own tourism related ventures: Detours Excursion and Canada2Mexico Consulting. These experiences have provided Cecilia with the clear and practical understanding of what it takes to operate an ethical – sustainable tourism business.

She has conducted performance needs assessments and developed training programs to facilitate training sessions for: the University of Caldas, Colombia, the Vancouver School Board, the YWCA, The Xa:ytem Cultural Interpretation, and The Continuing Education Program at the University of Capilano, Vancouver. As part of her ongoing commitment to small business development, Ronderos-Harrier was actively involved with the Peter Thomson Venture Development Center at BCIT for 5 years. In this capacity, Cecilia joined a selective panel to review business and marketing plans for new businesses operating in British Columbia.

A graduate of Capilano University and Simon Fraser University and the Institute of Technology of British Columbia, she holds a bachelor’s degree in communications and Tourism Management, and a degree in small business development and entrepreneurship. In addition, Cecilia is currently finishing the requirements to become a Certified Adult Training and Development Professional with the University of Toronto Canada.

Ms Medrano has a solid academic background in the International Tourism Industry, and 10 years of experience in various aspects of her field. She is currently in the final phase of completeing a Masters Degree in Business Administration offered by the National Council of Science and Technology of Mexico (CONACYT) at Universidad de Guadalajara (UdG). Prior to that, in 2005 Ms Medrano graduated with honors, obtaining a Bachelors Degree in Tourism from the Universidad Intercontinental (UIC) in Mexico City.

Additionally she advanced her research skills by participating in several Research Seminars at UdG and she was speaker at the III and IV Symposium of Economics and Administrative Sciences at the same University.

Ms Medrano has worked as a volunteer at the Mexican Tourism Board (MTB) in Toronto, Canada; Travel Counselor at American Express Company in Mexico City and Guest Services Manager at NH Krystal Hotel in Puerto Vallarta. Ms Medrano is fluent in Spanish, English and has knowledge of French.

She has worked as a Marketing Manager for Consultores Asociados en Turismo, SA de CV (Monterrey, Mexico). Worked in the Department of Operations and Sales of Renewable and Ecological Energy (Madrid, Spain), Department of CRM and Data Mart of the NH Hotels (Headquarters in Madrid, Spain) and was support staff in NEXUS BU Spain and Portugal supporting the coordination of the dealings through RFP´s 2009-2010 for the Business Unit Spain & Portugal (Nexus). Miss. Rivera speaks Spanish and English fluently.